Rohingya relocation to Bhashan Char: first phase of process to begin next week 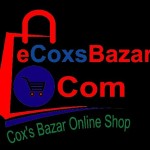 The process of relocating Rohingya refugees to Bhashan Char from Cox’s Bazar camps will start next week, UNB reports.

A group of the Rohingya refugees is expected to go to Bhashan Char — in the first phase — by next week, UNB adds quoting Shah Rezwan, refugee rehabilitation and repatriation commissioner (RRRC) in Cox’s Bazar.

The actual date of relocation of the Rohingyas has not been set yet but preparation is on to send the refugees to Bhashan Char, he said.

On August 5, a team of 40 Rohingyas reached Bhashan Char, an island in Noakhali’s Hatiya upazila, under the supervision of Bangladesh Army and Navy and it was coordinated by the RRRC office.null

The government has built 120 cluster villages on the 40 sqkm island under a Tk 2,312 crore housing project for one lakh out of the nearly 10 lakh Rohingyas sheltered in cramped camps in Cox’s Bazar.

Some 750,000 Rohingyas fled brutal military campaign by Myanmar military. Despite two efforts, not a single Rohingya could be repatriated to Rakhine state, with the refugees saying the conditions in Rakhine were not conducive and safe for return.